From Early Intervention to Vocation 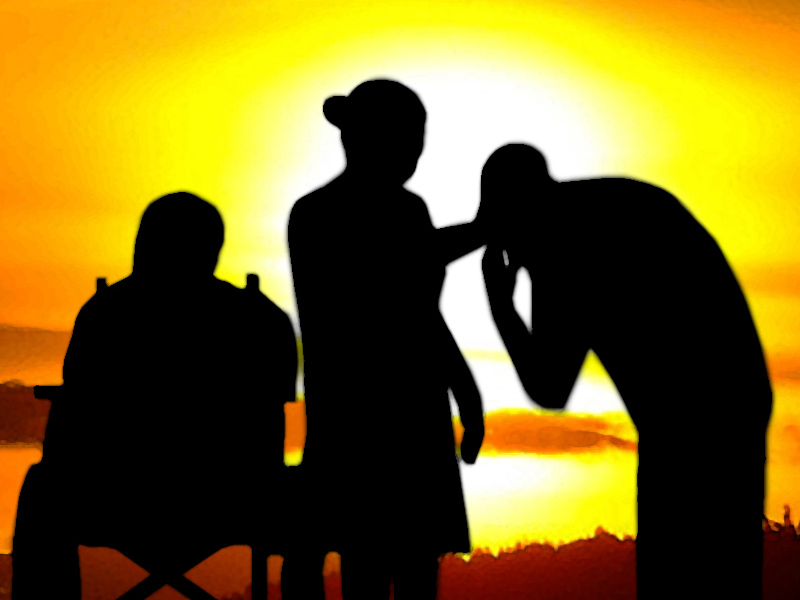 They can only guess. He’s probably 15, maybe even older since he had a toughened built, his face bearing an expression of weariness. He was found wandering along the busy streets of Cubao, barely surviving hunger, sleep deprivation, and being run over by cars. He had no home, no family, no one who knew his name. His school was the street where he learned to live just one day at a time. Only one word came out of his mouth when a priest with a cross hanging around his neck came into the shelter where he was temporarily staying … with eyes wide open in recognition, he said the word, “Jesus.”

Another boy was given as a gift for Christmas! No fancy wrapping, no card, no greeting – just a pair of innocent slanted eyes, a flat nose and a wide grin. He did not speak, but his eyes said everything there was to say. They spoke of years of wandering and confusion, gently softening into a look of comfort and security. In his silence he knew… he was HOME.

These are just two of the residents of a home for Persons with Disabilities (PWDs) run by the Servants of Charity in Quezon City. Real-life drama unfolding with each special individual who enters their doors. The characters are not fictional. They are breathing, living, loving individuals housed under the same roof. Each one has a story to tell – abandonment, incest, trafficking, child abuse. Nonetheless, no matter how each story begins, the plot ends the same way. Each one has been found or given, and has now been welcomed and accepted into a special home for special people, the Guanella Home.

The Guanella Home was established by the Servants of Charity, a religious congregation “eager to provide better quality care for God’s special children.” Aside from providing rehabilitation programs, medical and therapeutic services, special catechesis, legal assistance and special education, it provides a true home for PWDs from the time they are received into this home, until they are called from this life. The servants of charity are more than happy to welcome each one into this special home.

In a country where almost eighty percent of our population live below the poverty line, children with special needs are twice marginalized by poverty and disability. The chances of a child with special needs being abandoned and abused is higher than that of a typical child. Only five percent of them go to school. The rest are kept at home, left to the care of relatives, or even abandoned. In orphanages, most often than not, they are the least prioritized since their chances of being adopted are slim considering the cost of raising a child with special needs and sadly, the stigma of having one. They are rejected even by the very institutions tasked to care for them. Once in the Guanella Home, however, they are accorded the dignity that they rightfully deserve beginning with being baptized with a name that is uniquely theirs and an approximate date of birth that can be celebrated year after year, just like the rest of us.

Having worked with and for the disability sector for the past 16 years, I could say that I have witnessed daily joys and experienced countless fulfilling moments that have kept the passion within me burning through the years. On the other hand, I have also experienced many moments of frustration, anger and discouragement having to face the realities of social injustice, societal prejudice, displaced arrogance, poverty and death. These are the times when all my efforts seem too small to even make any kind of difference in spite of my optimism and hard work.

Yesterday, I paid a short visit to the Guanella Home. It was dusk and the residents were on the driveway – a boy with Cerebral Palsy was on a wheelchair silently watching the sun set with his spastic limbs seemingly relaxed on his lap; a young man was walking back and forth with an amused smile on his face and when he saw me, stopped and said “Ate” after which he got my hand and touched it to his forehead; a boy of about 7 or 8 came running excitedly saying a mouthful of gibberish but obviously excited to welcome me; a young man with Down Syndrome whom I met during an earlier visit just looked at me with a soft gaze that spoke words of recognition and appreciation, more than any spoken word I have ever heard in my life.

In the silence of the moment I was reminded why I remain in my special place, a special teacher in spite of the difficulties and disappointments of such a calling. My work transcends time and place and any other physical boundary that prevent me from continuing to dream for children with special needs. Like the special people welcomed into the Guanella Home, when I was actually brought into this world is not as important as when I truly found meaning in why I was brought into this world. I was made to dream for our special children and work for this dream even in the smallest ways. Each one of us has a special place where our giving counts the most. My special place is here.